Are Air Ambulance Services a Luxury? 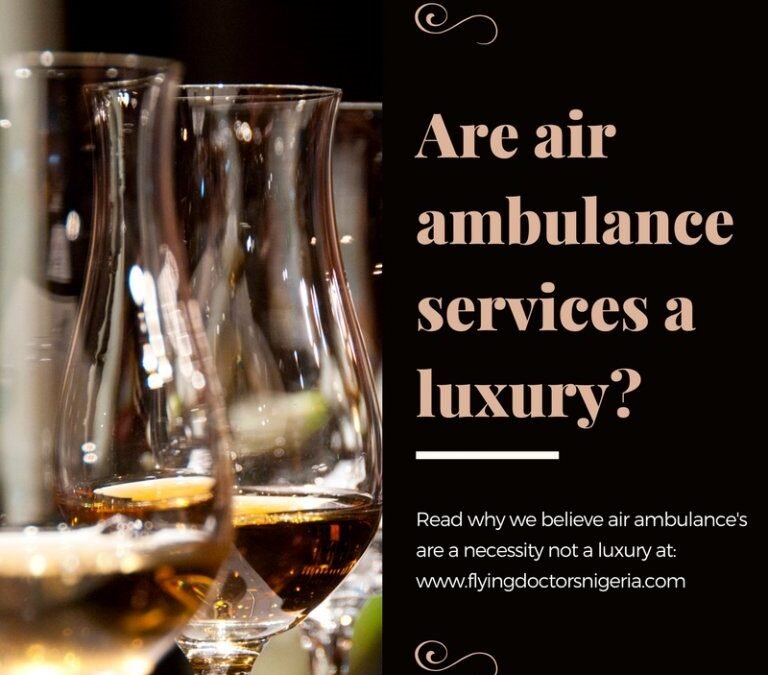 An air ambulance is a specially outfitted helicopter, or fixed-wing aircraft, that medevacs injured or sick people in a medical emergency or over distances or terrain impractical for a conventional ground ambulance.

As with many Emergency Medical Service (EMS) innovations, treating patients in flight originated in the military. The concept of using aircraft as ambulances is almost as old as powered flight itself. Hot air balloons were used to evacuate wounded 160 soldiers at the Siege of Paris in 1870. However, the first true Air Ambulance flight was made when a Serbian officer was flown from the battlefield to the hospital by French Air Service. French records at the time indicated that the mortality rate of the injured was reduced from 60% to just under 10% of soldiers who were evacuated by air.

The first recorded British ambulance flight took place in 1917, in Turkey, when a soldier in the Camel Corps who had been shot in the ankle was flown to a hospital in a de Havilland DH9 in 45 minutes. The same journey by land would have taken some 3 days to complete.

Why Air ambulances are important globally

The Association for Air Medical Services (AAMS) describes accurately why air ambulances are so essential. Transferring patients from smaller to larger hospitals to access more sophisticated and specialized healthcare system resources has been a common and increasing practice over the past 40 years.

Why air ambulances are especially important in Africa

Getting specialist care in West Africa is not an easy feat, especially for patients in remote regions. Due to geography, bad roads, and poor health facilities distribution, accessing specialized care is impossible by road, particularly for patients who require intensive care.

Air transport is thus critical to saving the lives of these patients who would need to travel over long distances from their remote locations to cities within their home country or neighboring countries in Africa and even anywhere in the world Flying Doctors Nigeria’s air ambulance services have saved numerous lives in this way.