Story from the Skies: The Journey to a Resting Place 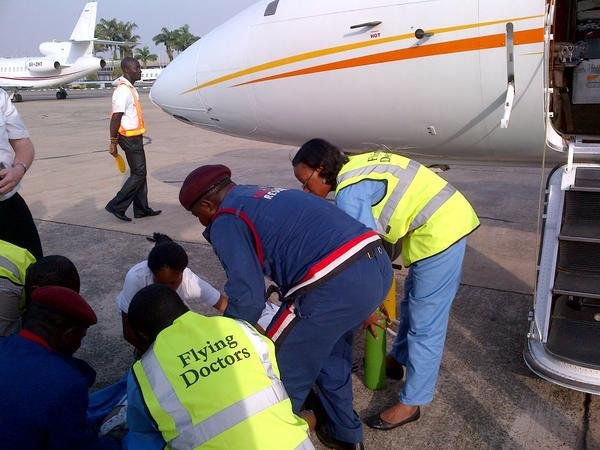 The last thing the workers expected they would find at the construction site on a Monday morning was Mr. B’s lifeless body. One would have thought the middle-aged professional was simply taking a nap, but everyone who knew Mr. B knew he was much too prim and proper for that.

The workers were quick to notice the discoloration around his nose and mouth and immediately alerted the management when they realized Mr. B was not responding to their efforts to revive him. The arrival of the paramedics was futile as upon examination, they announced that Mr. B had been dead for over 24 hours. Witnesses could only watch in horror as his remains were taken away.

Mr. B was a foreigner that worked at a remote site in Bayelsa. Upon his death, the multinational company he worked for called us at Flying Doctors Nigeria to collect and embalm the body.  Mr. B had just recently relocated to Bayelsa so he lived alone and rarely socialized.

Being a foreigner, his remains needed to be repatriated to his home country. So, FDN repatriated the body to Lagos and requested for certain necessary documents to repatriate Mr. B’s remains returned to his country of residence but the company couldn’t provide them.

In an effort to get all the requested documents, the company tried but the necessary documents were still an issue so they requested that the FDN take over the case completely by assisting with documentation and international repatriation.

Flying Doctors Nigeria then handled the case as requested and the company was extremely relieved when Mr. B’s remains were successfully repatriated to his home country with all the necessary documents in place.

FDN assisted with the necessary documentation which included Mr. B’s death certificate, permission to transfer and a couple of other documents. We embalmed his body, and was able to get his remains through to his family.

And that is how Flying Doctors Nigeria successfully repatriated Mr B’s remains to his family, and offered the multinational organization an ease of transfer.

*Names, places and sequence of events in this article have been modified to protect the privacy of actual individuals.

Click here to read more of our stories from the skies